“Story time saved my sanity.” Thus proclaimed a friend with children much younger than mine. She gushed to me how much her family loves the library, and especially the children’s programs.

This sent my mind into a reminiscence of my own family history. I didn’t reveal to her my shameful secret. But I will confess it here. When my daughter was three and my son a newborn, our family flunked out of story time. At the very library where I now work.

“Let’s sit on our lily pads little frogs, while we hear a story!” prompted the cheerful story time lady. 10 or 11 out of the group of 11 or 12 little frogs obediently criss-cross apple sauced on their lily pads.

“Frogs sit *on* their lily pads, not *under* them,” said the story time lady, still cheerfully.

As the other children were doing the finger plays, my daughter was driving us to the store with the steering wheel that had been so thoughtfully provided. “I’ll drive since you’re holding the baby,” she whispered to me.

“Remember to sit on your lily pads,” prompted the story time lady, a little sternly, as the story ended and she prepared to begin a song. This time she was looking at me, a look that told me I was allowing my kid to Set a Bad Example, and I should begin enforcing the story time rules like a Good Mother.

But she’s not being disruptive, I thought back at her. She only whispered once, right in my ear. If I argue with her, that will be disruptive.

I don’t remember the song, probably something to do with amphibians. I remember I sang along, while wearing a green paper hat, held on my head by my kid. It was only fair that I have a turn, after all. See, I had taught my child about taking turns and sharing. Not a total loser mom, huh?

As a finale, there was a second song. And the kids were allowed more action this time, hopping, a little, in place, on cue. Or in one case, doing a small interpretive dance – The Dance of the Green Circle. My inner being was divided between mortification and fierce pride. I know which side the story time lady came down on, as she threw in an extra demonstration of the proper form of hopping.

As the program ended and parents left hand-in-hand with their children, I saw some other families grouping together, comparing this experience with story times of other weeks. Apparently they had a story time clique. Their offspring had been in training since birth. And here I thought I could bring in my wild child starting at the advanced age of three and have her fit in.

Said child, meanwhile, now that she was allowed to move around and talk freely, was pointing out to me all of the things you could do with a circle of green paper. You could decorate a wall with it. You could tuck in the top of your shirt in back and have a round superhero cape. You could hide your face behind it to play peek-a-boo with a baby. You could use it as a baby blanket. After a minute, my mixed feelings coalesced into amazement at my kid’s mind and attitude – that she could be so excited and could see so many possibilities in circle of paper.

I glanced around at the other families, with their conforming kids, who would have fit right in on that planet in “A Wrinkle in Time” – the one where the children bounced their balls at the exact same time on the exact same schedule every day. Suddenly, they seemed a little, hmmm, soulless might be the word? Those poor moms and dads, seeing the limitations of their merely adequate children exposed in the bright illumination cast by the creative genius shining from my daughter. Yeah, I couldn’t put them through that again.

We’d stick to our informal weekly playgroup and leave the organized story times for those others. I imagined the librarian in charge of the program that day thinking of us as “not story time material.” I suppose some people might look at it as having failed, and at times I have looked at it that way, too, wondering why my kid has such a hard time getting with the program. But I prefer think of it more as not a good fit. See how non-judgmental I’m being about the others’ rigidity and lack of imagination? 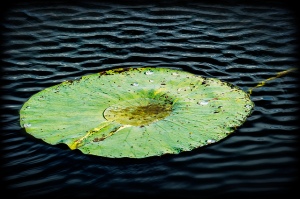 The same dynamic would continue to play out in public school as the years went on. My older kid often had “better” ideas than the teacher about how an assignment should be done. Some teachers loved this and used it to advantage. In those classes, my child learned a lot and accomplished some remarkable creative achievements. Others instructors – I call them lily pad teachers – lived by the philosophy “Rubrick uber alles!” My offspring showed a marked failure to thrive in those classrooms.

I never have completely sorted out my feelings. No, I don’t think the school should have to convert any of their computers from qwerty to Dvorak because one kid think it works better. (Pick your battles, child.) But yes, I do think my then-10th-grader should have been given extra credit instead of a zero on that world history report for having gone so far above and beyond in research and effort, in having a desire to do something that wasn’t a rehash of every other paper that had been written in the same classroom for the past decade.

Eventually the little frog grew strong enough to hop its way out of the public school pond and forge its own path to college, via self-study and a GED. Have I mentioned the college major? – Fisheries and Wildlife. Lack of preschool success at frogdom notwithstanding. I guess it didn’t go on the permanent record. 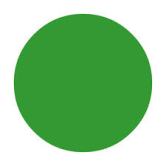 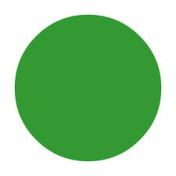 4 thoughts on “How We Flunked Story Time”